As a woman who, shall we say, has ‘spirit’, I felt a kind of kinship when I read Laura Ganon’s words about how she perceives the gender divide in what is inherently still a ‘man’s world’.

‘I believe the men that are now in higher positions should be smarter and realise there are different male and female characteristics that add to a company’s success,’ says the CEO of Fink Mobility.

‘It is also completely unfair and absurd that a woman earns less than a man when in the same position, with the same responsibility, doing the same work. Equality means balance. Balance means success – and people who feel they are being unfairly treated will not produce as much as a happy professional. This always reflects on the result of the company. So my message is: “Guys, be smarter…”’

While it still has its faults, the moving industry is better than most when it comes to bridging the equality divides in the workplace – and, for some, nowhere is its progress more apparent than in FIDI itself.

The Association’s appointments in recent years have moved Renata Busettini to tears. ‘I was so proud of “us” as an industry when Freddy Paxton joined the board and introduced his husband to the audience,’ she says. ‘Believe it or not, this is something that, in many countries and industries, is very far from normal. And I couldn’t stop my tears when Ebru [Demirel] became the first female President of our Association.’

The fact that it has taken 69 years for a woman to accede to that post is inescapable, but Busettini – who owns Vinelli & Scotto S.R.L, has a theory. ‘It might be because, in the past, there was a mentality that the Board’s work would be “male stuff”, but it might also be that women would not even dare to think they could reach that level in the Association, either because they did not feel they had the capabilities or the courage to put their name forward.’

Tina Borba, Vice President – International, Crown Worldwide Moving & Storage Co., would agree that a lack of confidence has had its part to play. ‘Because women are less likely to challenge the norms and tend not to be risk takers in the same way as men, it has taken longer for there to be progression,’ she explains, ‘but there has been some advancement, and this will continue.

‘However, some of the recent progression has been because of changes in law rather than changes within the industry. Senior management needs to be more open to the inclusion of women – and women need to be willing to ask to be included at that level.’

So where is the industry at today? According to Cristina Mesonero, International Corporate Manager at DLF International Movers, there are more opportunities in moving for women than ever before. ‘The number of females in this industry has increased enormously since companies became aware of the female attributes that enable women to multitask, create rapport with others and share a passion for doing the right thing. Today, we see women driving trucks, and many working as packers and in other operations-orientated positions.’

Simone Percy is a self-confessed champion of women in her position as Managing Director at Dasa International Movers, and describes the increase of women in the industry as ‘dramatic’: ‘Far from being one of only a small number of women at conferences, we now have our own networks and groups that provide support and nurture new talent. While we have a long way to go to reach parity, I believe we are on the right track.’

Ganon agrees that, as in many industries, the male/female divide is not equal, but she adds: ‘The moving industry is still better than others. Before working in moving, I worked in the coffee and shipping industries, and it was much worse. At that time, I was the only woman in leadership in all the groups, conventions, meetings and workshops I attended. Sometimes, I was the only woman at all.’

She believes the moving industry is better than others because many companies are family firms, and if the owner is a woman and has the control, she will probably give equal opportunities to men and women. Ganon adds: ‘But if you look at the big moving corporations across the globe, there are very few women at the top of the company hierarchy. Also on most of the associations boards. It is unbelievable that I was the first woman to be president of LACMA, a 50-year-old association. Even more absurd that it is only now that FIDI will have its first woman President – Ebru Demirel, followed by myself.’

Being the wife of General Manager Juan Carlos de la Fuente, Mesonero had a lot to prove when she first joined the moving industry. ‘My previous professional experience, based on relations with public and private institutions, and large corporations, proved to be a good match. At the same time, my colleagues were uncertain of what my role in the company would be, as they knew me as the “owner’s wife”. The decisions I made were always compared with [his], and judged on that basis.’

Kathy Chrisovergis, Managing Director at Celebrity International Movers S.A, had an equally tough job proving herself – simply because she was a woman. ‘FIDI is an international organisation. Each country member has its own particular culture and ethics, so there were countries where it was almost impossible for women to gain senior positions,’ she explains. ‘Thankfully, we are seeing that trend dying nowadays and women leaders appearing.

For a woman in Latin America, Ganon knows that her personal path to success is one less travelled, and she feels blessed to have worked with such fair employers who were able to see past her gender.

‘I come from one of these countries where men were always in higher positions. When starting up Celebrity in 1986, being a woman in a man’s world was very challenging – I distinctly remember not being accepted in a meeting in the 90s solely because I was a woman!’

‘Unlike most women, I did not suffer the unfair situation of earning less than men in an equivalent position, have always been 100 per cent respected in my workplace, and the choice for promotions was always based on competence alone,’ she says. ‘However, I can say with confidence that my situation is a very rare one because, unfortunately, in Latin America, women generally earn less than men and very seldom have the opportunity of professional growth, no matter how talented they are.’

Busettini believes FIDI, at least, is on the right path, but Ganon feels much still needs to change in a wider sense. ‘Even when you are among friends, there is a difference,’ she explains. ‘Even in groups that are now proud to have women among them, it is harder for the women to be heard.

‘It depends on how men are brought up by their parents, and the global culture – more in some places, but the truth is there is a male dominance attitude everywhere in the world – and it will take ages for it to change. I feel it is slowly changing, but there is still a long way to go for real and natural gender equality to be reached.’

Percy now intends to help as many women as possible to succeed. She says: ‘I think the industry is recognising the skill sets that women can bring and, going forward, I hope to see and assist more women achieve their goals.’

Borba thinks there is a very positive outlook for women. ‘We are already seeing this, as we now have our first female President of FIDI,’ she explains. ‘We also have an all-female 39 Club Board, which I believe all women in our industry are excited about.

‘In some companies, however, there is still work to be done and this may be helped by a fast-track management training programme, or FIDI offering training programmes to change the industry’s “male-dominated” attitude and to help female progression.

‘We do acknowledge that, as women, we have to change our own mindset and be willing to ask for progression, and to understand that we have a lot to offer to the industry at board level.’ If a lack of courage is part of the issue, Busettini has some good advice: ‘Women need to dare more and be more self-confident.’

As for the men who have already climbed to the top of their respective greasy poles, they need to take heed – and, as Ganon would say, ‘be smarter’.

Plastic is the nemesis of our time, clogging the…
read more  ⟶ 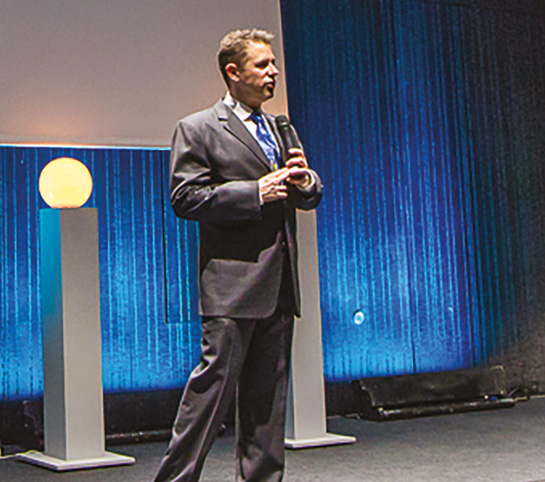 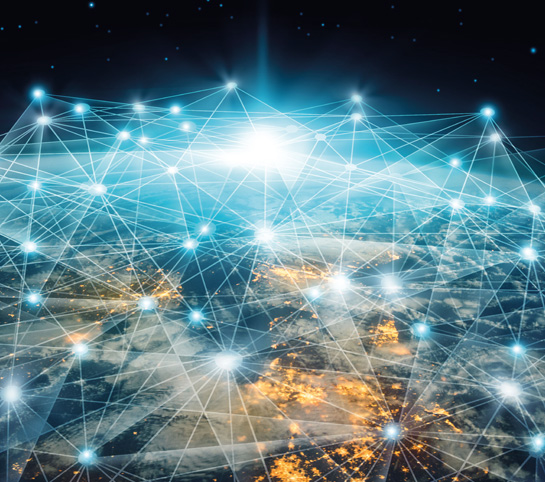 Change is coming, but will the industry take advantage…
read more  ⟶